How Does Ipe Hardwood Decking Compare to Garapa Hardwood?

Architects, builders and homeowners often ask, “Which is better - Ipe wood or Garapa?”  Tough question, but tasty. It’s almost like asking which is the better ice cream, Ben and Jerry’s Chocolate Chip Cookie Dough or Haagen-Dazs Rocky Road. While they are both incredible in their own right, it ultimately comes down to what is important to you and what you like.

When you compare Ipe hardwood to Garapa hardwood there are a lot of measurable performance (and appearance) characteristics to consider. Hardness? Ipe wins. Lighter color? Garapa wins. Higher density? Ipe wins. Lower initial cost? Garapa wins? Once you get beyond the measurable results, however, you should probably look at what the important characteristics are to you.

For example, Ipe is harder than Garapa, but how hard is the right hardness for you?  If you plan to drive vehicles over your deck, like they do on the Coney Island boardwalk, Ipe or Cumaru are harder and clearly would be a better material to minimize the wear and tear. If however, you are building a low traffic deck in your backyard or installing wood siding, how much hardness do you need for your project? 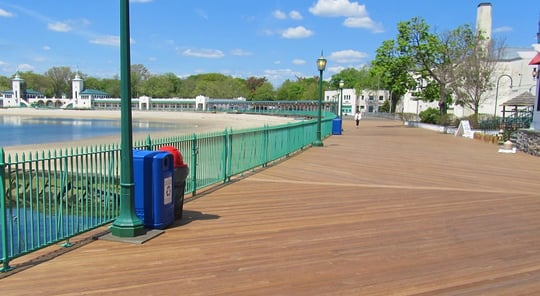 Looking for the right decking material for your project?

Download the "Ultimate Guide to Selecting the Right Decking" today

Performance Differences between Ipe and Garapa Wood (and Red Cedar)

Let’s take a look at the performance measurement criteria of each species. (We have added red cedar to help put the comparisons into better perspective for you):

If you asked me straight up, what’s a better wood, Ipe or Garapa, I would say Ipe. This is because Ipe is stronger, harder and more durable than Garapa. But that’s not a fair question to answer without knowing exactly what you might be using the wood for. What if you are using this wood for siding?  How much does the strength and hardness difference between Ipe and Garapa matter to you?  Probably not as important as it is for decking. 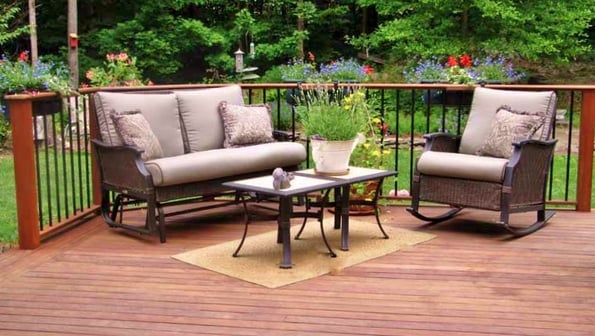 You can also see that Ipe is more than twice as hard as Garapa, but Garapa is almost three times harder than red cedar. So, if you are using the wood for a residential deck with little foot traffic how much does this matter to you? A lot? A little? It depends on your project needs. 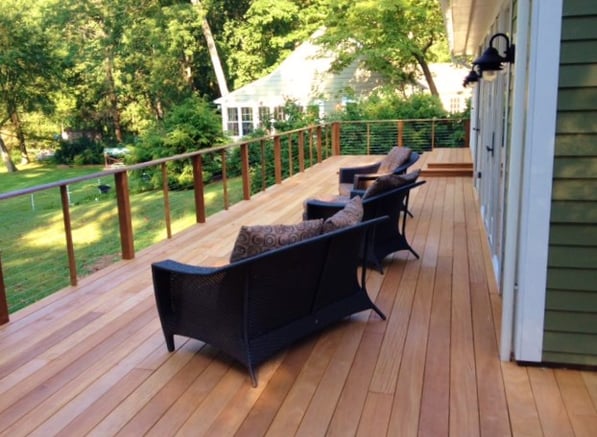 Garapa hardwood decking has some budget advantages, too. Garapa costs a lot less than Ipe decking. And Garapa is usually the same price or less than higher grades of red cedar.

More information on Garapa compared to other popular decking.
Download your FREE Ultimate Guide to Selecting the Right Decking now.

Similarities Between Ipe and Garapa Woods

In summary, there are a fair amount of similarities and differences between the two hardwood decking species. Other than the difference in appearance, the performance characteristics are more a matter of degree rather than major differences. Choosing the decking species that works best for you and your specific project is your ultimate decision.  We are here to answer any questions you may have along the way.

Looking for some deck design ideas? 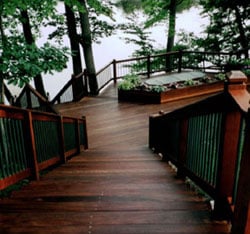 People often ask me, "What is sustainable hardwood decking" and "what makes high density hardwood ...